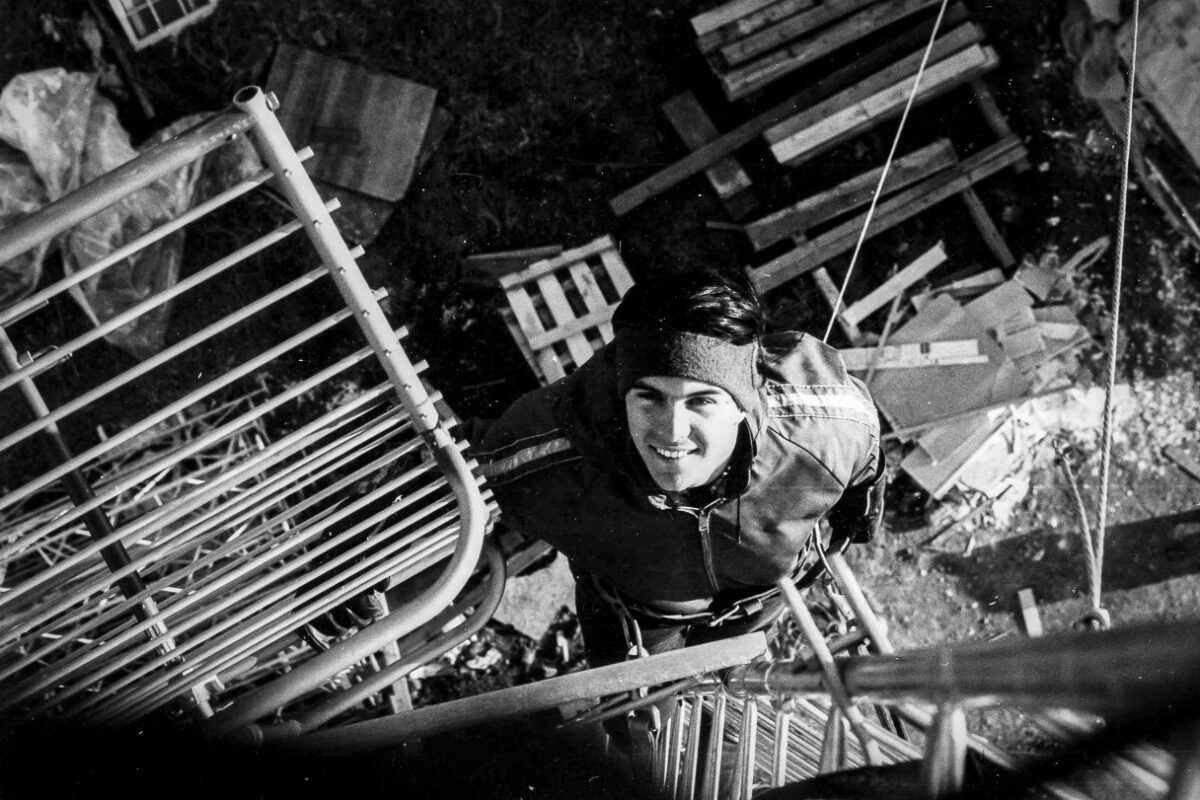 I think this might be my favorite picture of Tom Busch. Tom was a legendary broadcaster, an amazing man, and a friend to countless people throughout the state of Alaska – including at KNOM Radio, the station that he so crucially helped to establish in 1971.

Today, November 1, is the third anniversary of Tom’s unexpected passing. It also would have been his 66th birthday.

It’s hard, on this day, not to think about the outpouring of generosity that Tom showed to our mission, the dedication of spirit that he made to the people who listened to KNOM and lived in Western Alaska.

But his legacy is even more than that, and I think that’s why I like this picture so much: because it shows Tom looking up, which is something that seemed to come so naturally to him; because, in every encounter I ever had with Tom Busch, his positive energy and hopeful spirit were palpable and even infectious. He was a joyful person to be around.

Truly, Tom was a man who looked upwards, whether in attitude or in faith – or, literally, when inspecting a radio tower, since Tom’s long career in broadcasting gave him a deep reserve of knowledge, with a curiosity to match, for the hardware needed to keep a radio station running.

And for four decades, that’s just what Tom did: he kept KNOM on the air.

Tom’s vision, dedication, and love still inform so much of what we do at KNOM. Three years after his passing, it’s no contradiction to say that his presence, and his absence, are both felt so strongly.

We miss you, Tom.

We invite you to share, in the comments, any memories you have of Tom. (You can also explore some of the stories that KNOM alumni and well-wishers shared with us upon Tom’s passing three years ago.)

Posted in Mission Photos, Mission Stories, Our Mission and tagged Broadcasting, founder, memorial, Tom Busch
← The first hints of winterAn opportunity to save on taxes →